The main threat is from Daesh (formerly referred to as ISIL).

The Saudi security forces have successfully disrupted a number of planned attacks, but the scale of extremist activity is significant and attacks continue to take place.
Be especially vigilant during periods of religious significance (including the holy month of Ramadan) and public holidays; terrorist groups sometimes call for attacks at these times.

Jizan Area: Be aware that Saudi Arabia is involved in a military campaign against Yemen And the Yemeni border isn’t very far from Jizan, with regular incursions into Saudi from certain fighters from Yemen.
There are posts on jihadist websites and social media encouraging attacks against western and other interests, including teachers, schools, oil workers, residential compounds, military, transport and aviation interests, as well as crowded places, including restaurants, hotels, shopping centers and mosques. Further attacks are likely.

If you’re living in Saudi Arabia, you should regularly review and make sure you’re satisfied with the security measures provided by the management and local authorities at the residential compound where you live, the place where you work and the school where your children study.

Since May 2017, there have been a number of attacks in Qatif, Eastern Province and the Al Khobar areas. Most of these have taken place in and around Al Musarawa village in Al-Awamiya. They have included shootings by gunmen as well as the use of rocket-propelled grenades (RPGs) and explosive devices. The majority of those targeted have been members of the Saudi security forces. Saudi security forces have conducted a number of security operations against suspected terrorists in the area.

• On 14 September 2019, drones were used to attack the state-owned Saudi Aramco oil processing facilities at Abqaiq (Biqayq in Arabic) and Khurais in eastern Saudi Arabia.
• On 21 April 2019, Saudi security officials killed 4 suspected terrorists when they attacked a security facility in the town of Al Zulfi, Riyadh province, with small arms and detonated an explosive suicide belt. Three Saudi security officials were injured in the exchange of fire. Daesh claimed responsibility for the attack.
• On 7 April 2019, Saudi security forces killed 2 suspected terrorists when they attacked a checkpoint in Abu Hadriya in Eastern Province using small arms. Two further suspects were arrested. During the attack, a non-Saudi civilian was killed and another injured. Two Saudi security officials sustained injuries in the exchange of fire.
• On 8 July 2018, one Saudi security officer and one foreign national were killed in a shooting incident at a check-point in Qassim (North-Central Saudi Arabia). Two suspected terrorists were killed and the third detained by security forces.
• On 19 April 2018, 4 Saudi security personnel were killed and 4 others injured, in a shooting incident in the Asir region (in the South-West of Saudi Arabia). The police caught 2 of the assailants, and killed the third.
• On 7 October 2017, 2 Saudi guards were shot dead and 3 others injured when a man drove up to the gate of the royal palace in Jeddah and began shooting. On 5 October, 2 suspected terrorists were killed during a security operation which took place across 3 sites in Riyadh.
• On 23 June 2017, Saudi security forces disrupted an imminent terrorist attack targeting the Grand Mosque in Makkah. During the security operation, which took place at one site in Jeddah and 2 sites in Makkah, a suicide bomber injured 11 people, including 5 members of the security forces.

There is a heightened threat of terrorist attack globally against westerners and western interests and from groups and individuals motivated by the conflict in Iraq, Yeman and Syria. You should be vigilant at this time. 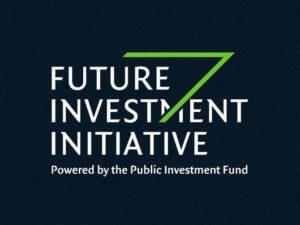 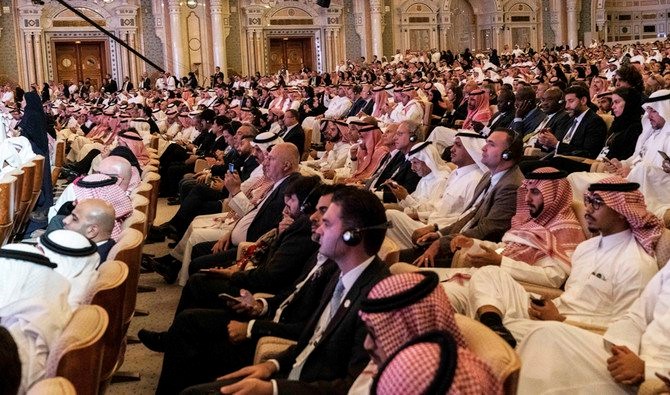 The Conference was a huge success and kicked off in Riyadh on Tuesday 29-31 Oct 2019, with the head of Saudi Arabia’s sovereign wealth fund saying the event can do “Business For Good.” He also said the event would see countries coming together to “collaborate for the future.”

The event in Riyadh also saw a raft of deals worth $50 billion being-finalized, including 12 so-called “mega-deals” being-signed. No major security incidents were recorded and our client’s safety and security was assured.

ANAB can provide professional Executive Protection for any company’s senior leadership or technical personnel operating throughout the Kingdom of Saudi Arabia or Middle East. 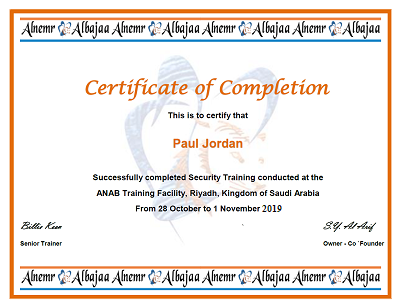 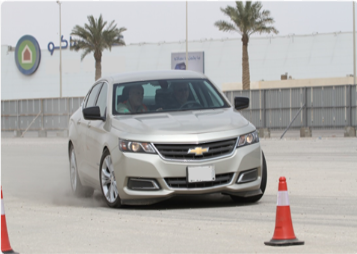 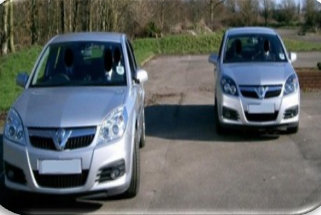 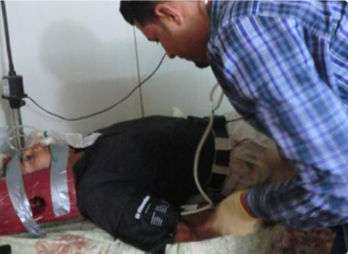 Al Nemr al Bajaa (ANAB) recently concluded our semi-annual training for all of our personnel. All of our training is designed to present real world situations executed in a demanding and stressful environment. Training and preparation are an integral component of our daily operations and business management. Given the diversity of our client’s needs, it is not possible to create a one-size-fits-all training model, and each program has to be tailored to our specific client’s needs and desires.

Courses Which Were Presented:

ANAB continues to provide monthly refresher training when areas of concern are observed, or when new or potential threats are identified.

Our training team members are veterans from United States and British Commonwealth military and police units, spanning special operations, security and logistics support personnel.  All are experts in their fields, with extensive background and experience in the conduct of security support operations in challenging environments. They provide first class training gained from years of on-going real world experience, which coupled with our professional operations team, provides the best client service and training available within the security industry.

The SLL Team will employ the most appropriate method of training for each particular learning outcome in accordance with each individual client’s requirements and desires. These methods of training delivery include: 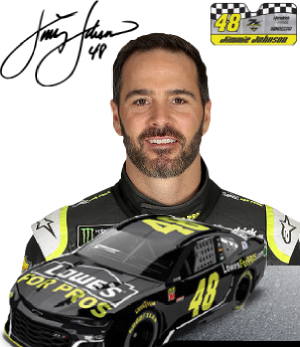 Johnson got an opportunity for his first taste of Formula One machinery, by swapping cars with Fernando Alonso, one of the greatest Formula one drivers and the two-time Formula One World Champion.

Johnson “Just such a different experience and I don’t think I’ll stop smiling for months. The most epic experience I’ve ever had in Motorsports, in my life. … ” 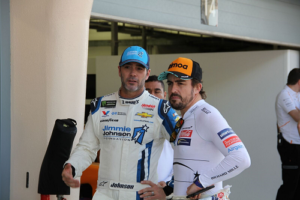 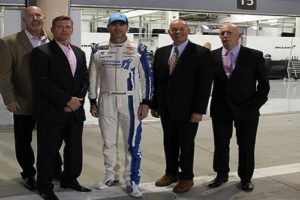 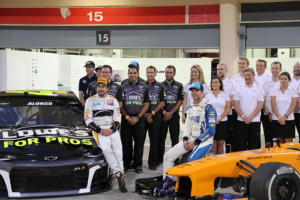